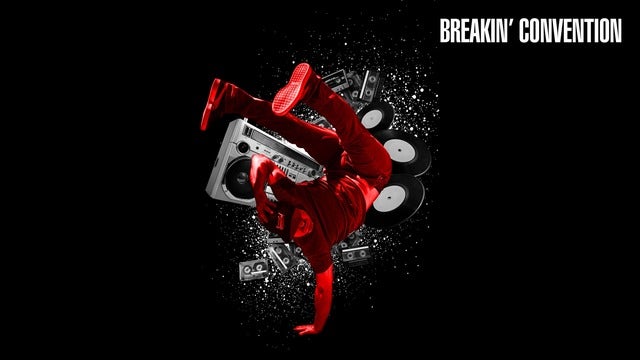 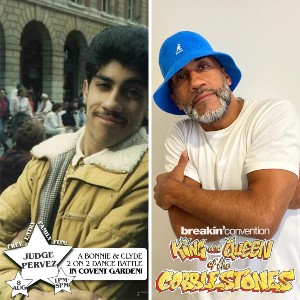 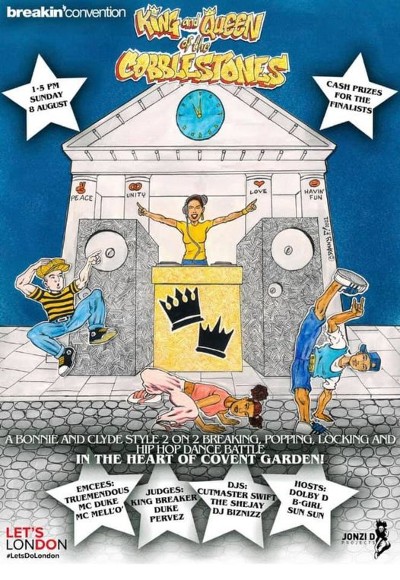 Internationally known for it’s famous cobblestoned piazza, the Royal Opera House, outdoor restaurants and busking street performers. If you were lucky enough to have visited between 1982-85, you would have also witnessed the nucleus of London Hip Hop culture.

Diehard first generation Hip hop heads from all over London and beyond would congregate in Covent to share skills, battle opponents and earn money. Poppers, lockers and breakers connected with graffiti writers and rappers. All captivated by the earliest TV images of this ground breaking artistic movement from the Bronx, created by kids that looked like us. A select few London Hip hop superstars made their names on those hallowed cobblestones. I’m honoured to be able to bring these legends together for a celebratory event this August!

Breakin’ Convention presents KING AND QUEEN OF THE COBBLESTONES. A Bonnie and Clyde style 2 on 2 battle for lockers, poppers, breakers and hip hop dancers in the heart of Covent Garden! Featuring the 1989 DMC champion, CUTMASTER SWIFT and fellow en4cer DJ BIZNIZZ playing funk breaks and hip hop beats alongside the SHEJAY. All the featured judges KING BREAKER, PERVEZ and DUKE danced in Covent in the 80s. There will be a mixture of invited duos and a prelim beginning at 1pm on the day. All couples are free to use any dance style, but the DJ will be playing strictly funk breaks and Hip hop. Hosted by B-GIRL SUNSUN and the original king of the cobblestones B-BOY DOLBY D.

Cash prizes for the finalists! Yes, it’s been a tough year for us all, so here’s a chance to make some money to contribute to your rent, bills and your summer staycation!

We also have some significant pa’s throughout the afternoon…

MC MELL’O’, original DETT representing South London. He was part of the first wave of conscious hip hop artists that would combine his skills with activism.

TRUEMENDOUS , bringing that Birmingham flava. The new generation of super skilled emcees commanding mics on the regular. Check out her debut album, ‘Huh?’ You may also catch her spitting bars while busking on Oxford St.

We build bridges at Breakin’ Convention. We welcome everyone from everywhere. As Rakim said ‘It ain’t where you’re from… it’s where you’re at’. Come and join us for this celebration of Hip hop history, youth culture and creativity. 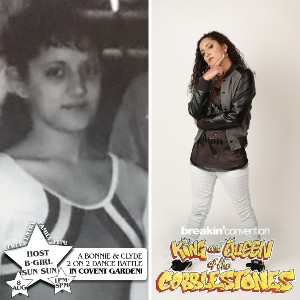 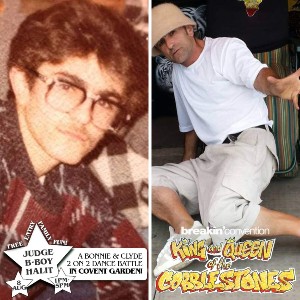 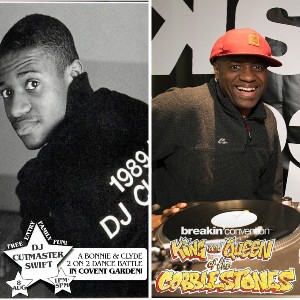 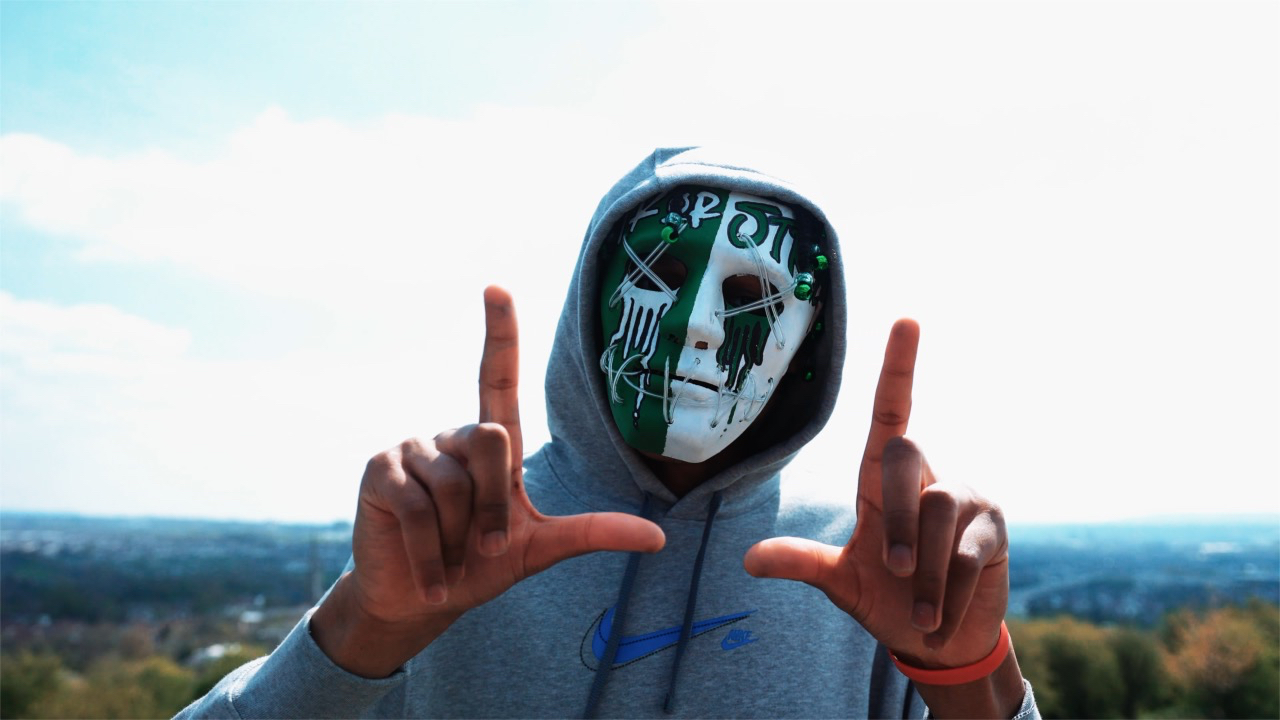