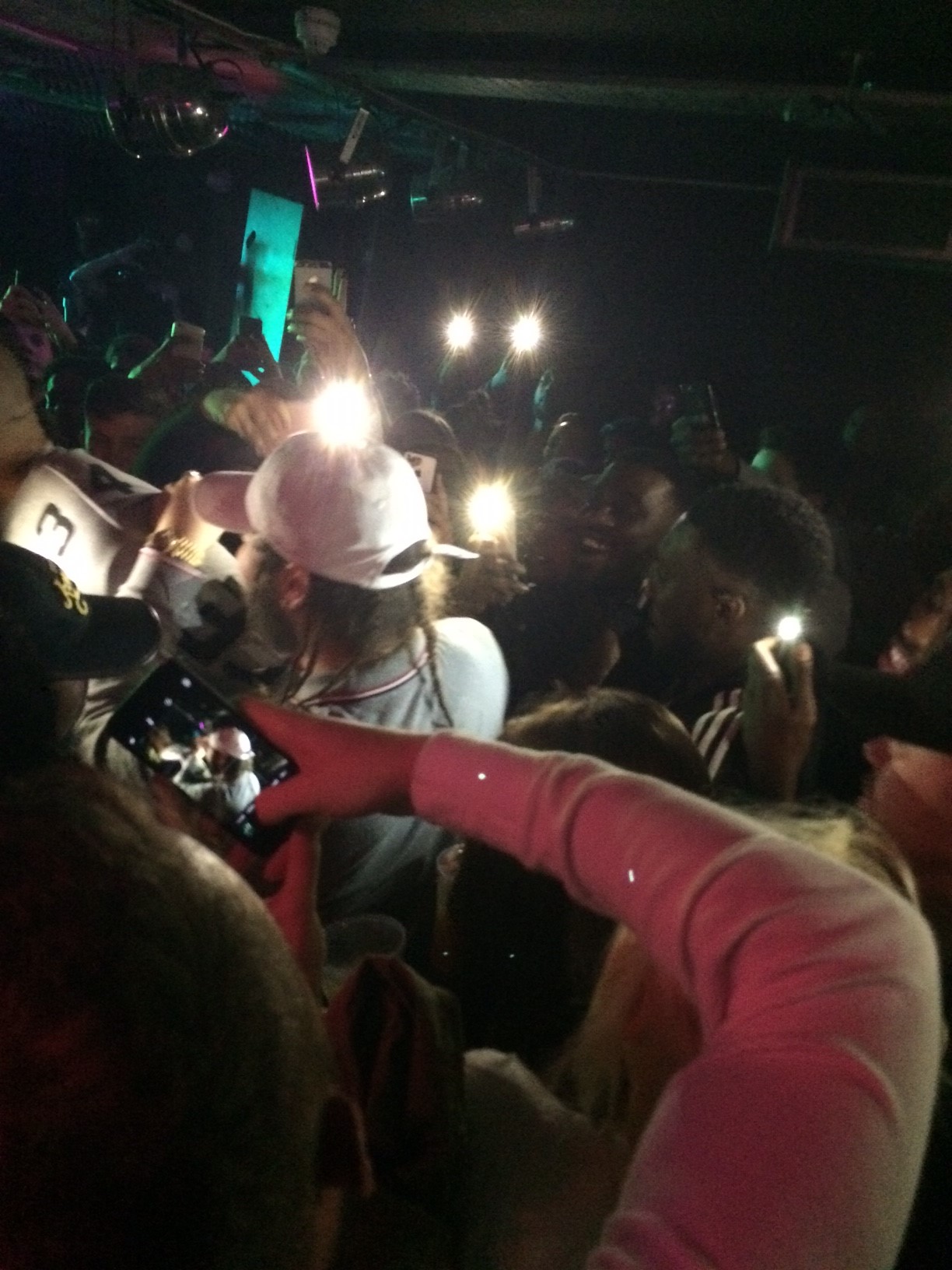 It’s a warmer than usual Wednesday evening up in the big smoke and we’ve congregated in Hackney.The queue outside Birthday’s is humongous.. much anticipation for a very popular emerging singer, rapper and guitarist from Texas via New York City named Post Malone. Only 20 years of age and managed by the homie from Hackney, UK … London Dre

In literally a calendar year Post Malone’s radio and his club banger ‘White Iverson’ has gone from strength to strength, managing to pick up more than a million plays in a calender month and subsequently signed to Universal Republic by A&R supremo, the famette Wendy Goldstein. Establishing itself as being one of the most popular songs on urban radio, it’s time for him to represent to his quickly emerging UK fanbase.

Warming up the cdj’s is the host for the event and none other that BBC 1xtra’s DJ Semtex, followed by a hype DJ set from Post Malone’s DJ. The ratio between the sexes is pretty even and the atmosphere is electric.

Post is ushered through the crowd towards the stage, sheltered by security and he is met by intense hi five’s and hollers of appreciation.Running through his tracks like ‘Too Young’, ‘Tears’, What’s Up’ etc the crowd are whipped into a frenzy of excitement and approving screams and applause. 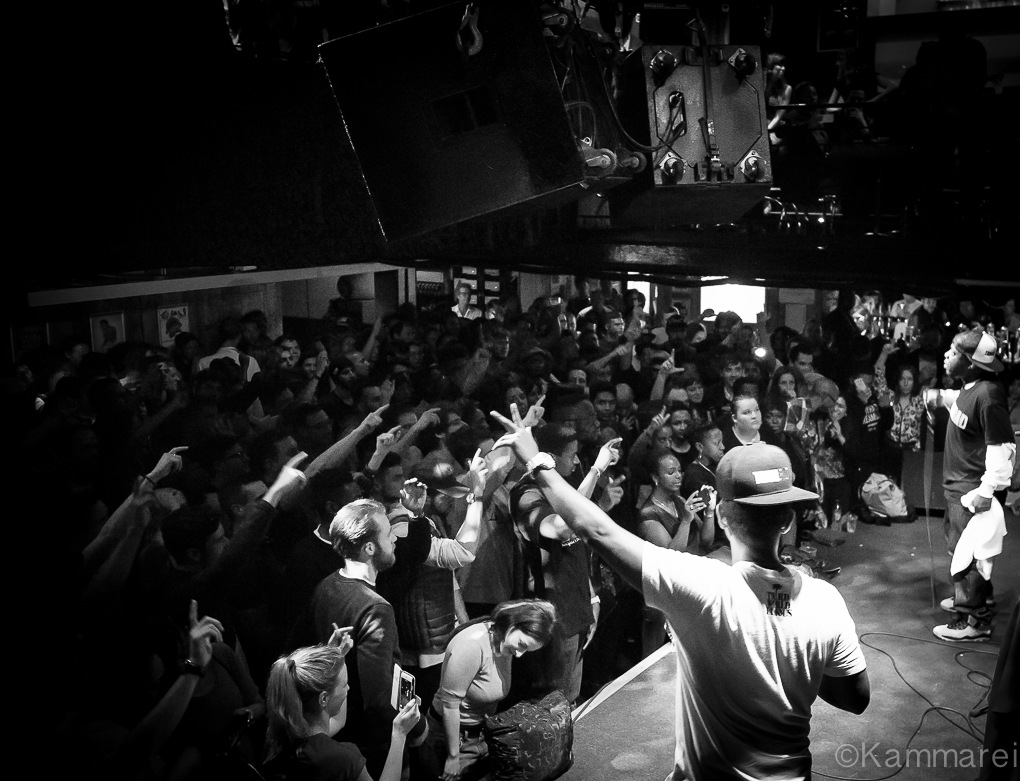